CHARDONNAY: What are we drinking? 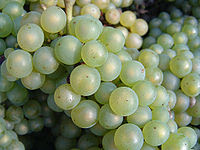 A 'winemakers grape', where all the tools of the cellar and masters' expertise can be applied, Chardonnay remains the most popular white wine grape varietal worldwide, in-spite of  or perhaps because of its many disguises. It proves to be a vigorous, adaptable vine which is grown by most vine-cultivating countries.  Ampelographers, those botanists who search out the origins of winegrapes, offer that from its historic beginnings around the Roman crossroad of Macon in southern Burgundy, it probably evolved as the cross of the widely planted, ancient peasant grape, Gouais Blanc and volatile Pinot Noir.  And from there it grew, and grew to become what we are drinking.

Of course, being reliably adaptable and vigorous is not enough to make a variety noble. It must offer mind-blowing nuance, a spectrum of personality, and possibly the chance for winemakers to use all of their cellar tools to bring out what may have been hidden. With its popular adaption to the alkaline-clay soils that are prominent in the Cote-d-'Or, Cistercian monks systematically began to tame chardonnay, making written reference to it in the early 1300's.  Prior to the introduction of contemporary stainless steel vessels, oak barrel fermentation was common, and additional wood treatment with aging or storage in cask allowed for even more texture and personality to dress-up chardonnay.
As described by the Society of Wine Educators, chardonnay quickly loses it acid strength as it ripens, so naturally, warm locations would produce 'flabby' chardonnay. Its natural juice is fairly neutral; a secondary fermentation(malo-lactic) that provides de-acidification and a buttery compound(diacetyl), and aging on decomposing yeasts(sur lie) can add texture and more assertive flavors. Add extended exposure to oak barrels(or cheaper forms) to introduce heightened notes of vanilla, toast and spice to a developing chardonnay, all combine with other cellar treatments to add weight and texture where it may not have been before.  Contemporary chardonnay from large industrial producers introduces even more juice manipulation, from adding sugar for body to a reverse osmosis to re-configure the experiment.  So, really, what are we drinking?
Recently, one of our tasting groups got together to compare eight(8) global chardonnay's under $20. retail.  Most were out of balance and not distinguished or interesting, masking yellow and green fruit flavors with heavy manipulation. Domestically, the top two chardonnay's skirted the $20 ceiling, being found discounted to just below the qualifying threshold, providing complexity and better balance. But in the race for the top there was also a pure-bread.  It was stainless steel fermented with a light oak treatment that did not shroud the uniqueness of its soils or the chardonnay grape or its viticultural environment that is uniquely Chablis AOC.  The widely distributed wines of William Fe'vre, in this case the pure 2015 Chablis Champs Royaux, displayed lean, generous fruit dressed with chalky mineral notes, supported by mouth-puckering, refreshing acid.

Closer to Sancere of the Loire Valley's central department than to Burgundy from which it is physically separated, chardonnay vineyards blanket the hills surrounding the Serein River town of Chablis. This is chardonnay country, having a semi-continental climate and nurturing the vine on poor soils of limestone, clay and fossilized sea shells.  Its traditional evolution(e'velage) in the cellar is an effort to reflect the uniqueness of this special place and the single grape variety to which it has been nurturing for centuries.  It is chardonnay in its purest form, and that is the refreshingly great value that I am drinking.


Posted by InWineTruth at 3:01 PM No comments: