Yellow to brown hues decorate our neighborhoods as seasonal trees loose leaves and carpet the streets.  In the nearby vineyards, grapevines too display a change in color as they loose the green pigment, chlorophyll, producing a temporary tapestry of autumn shades. Here, grapes fill the wine cellars as this annual right of passage displays such outdoor beauty, only to drive its winemakers indoors. Weeks before the arrival of Fall, far away vineyard managers were triumphantly calling for an early harvest in the Beaujolais vineyards of eastern France. 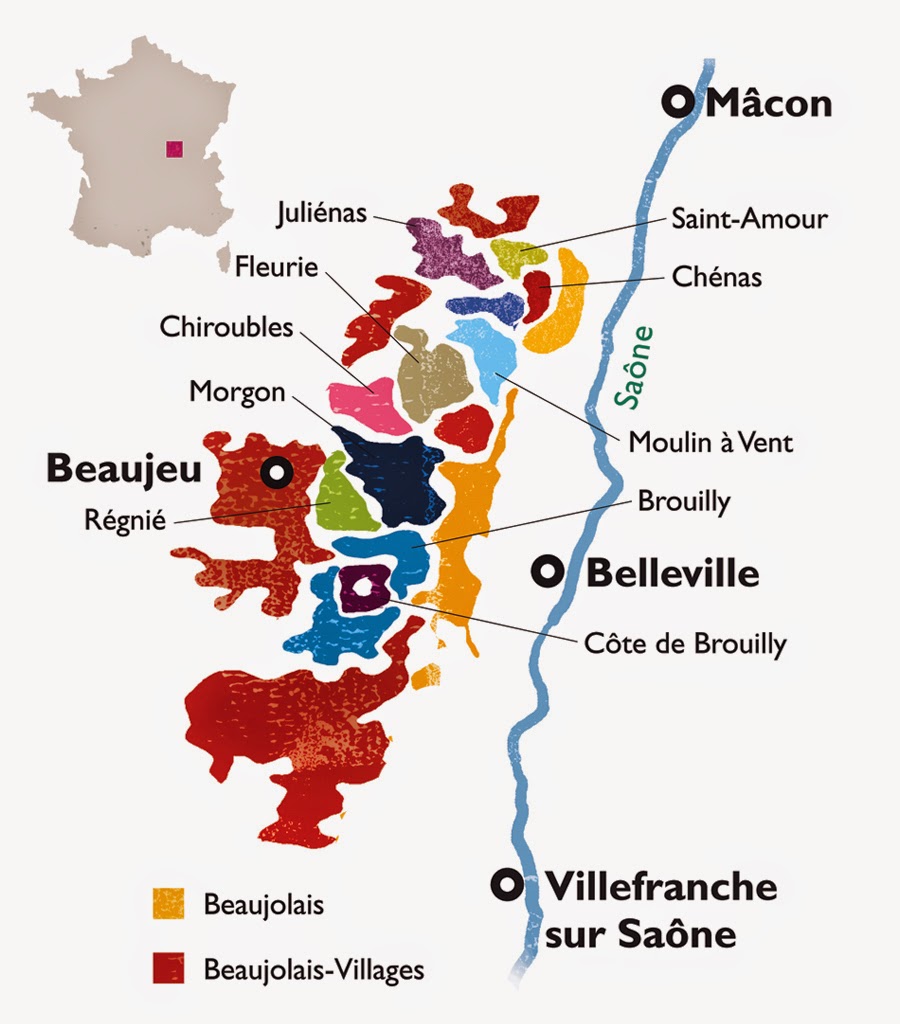 Growing in popularity, early ripening Gamay(Gamay Noir à Jus Blanc) was ready for its collection. It had been a challenging growing season, but that was nothing when compared to its 'criminal' past. An offshoot of noble Pinot Noir, Gamay has found a home south of Burgundy, in an area barely 55km long, outside of the Rhone department. Ostracized from its native homeland, it had adapted quickly in the granite based soils north of Lyon. Historically, the Romans had planted on these hillside communes of Brouilly and Morgon along the established trading route. This region had less importance, but shared its agri-development during the Dark Ages sitting between nearby Burgundy and the Rhone.

Being less challenging to cultivate and earlier in ripening than its fickle parent, Pinot Noir, widely planted Gamay had run afoul of the law. It was the curse of the Philippes',  when in 1695 Philippe the Bold, then Duke of Burgundy, outlawed Gamay in the increasingly prestigious Burgundy zone, pushing plantings further to the south. More than two generations later, Philippe the Good issued yet another edict against lowly Gamay, sealing its fate to the lesser department of the southern hilly region demarcated today. There it languished, only to became known outside of the region once rail connected them to Paris near the end of the 19th century. 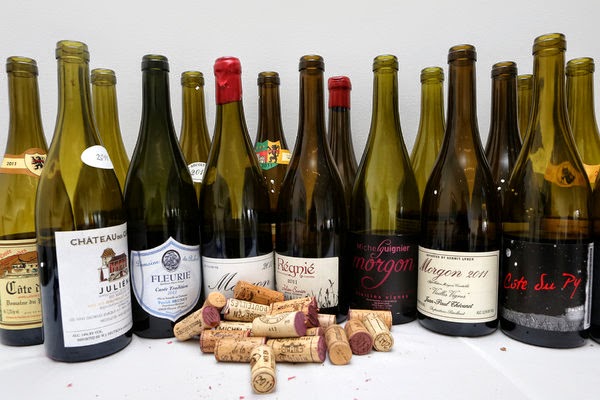 With the Massif Central to moderate its semi-Mediterranean climate, this 34-mile strip, larger than any one region in Burgundy, produces today more than 13 million cases of wine from the valleys and foothills west of the north-south River Sao'ne. Gamay is the bastard cross, a progeny of Pinot Noir and white Gouais, an ancient variety that long ago traveled from Central Europe. Gouais most famous offspring is Chardonnay, which was infamously cherished by the then nobles of Burgundy.  Here, the broad appellation is simply, "Beaujolais AOC", where almost everything qualifies, producing simple wines for the bistros of Paris. Advancing in quality, there are more than three dozen villages, mostly to the south of the region, that qualify for the Beaujolais-Villages AOC. If the grape reflects its site, here tended along a flatter terrain it is clay that becomes more prominent in the soils, producing simpler wines.
In the North of the region, 10 distinctive schist-granitic soiled hillside villages produce the pinnicle of Beaujolais, designated as 'cru'. Grapes from these sloping hillsides offer the best expression of Gamay, producing more full bodied wines from lower yield vineyards. From the deeper colored, long-lived AOC's of Moulin-à-Vent, Morgon and Juliénas, to the fruity, well-balanced wines of Côte de Brouilly, Chiroubles, Chénas, Saint-Amour and Fleurie, this is Gamay country. It is the 'cru' Beaujolais that can produce exceptional wines; wines that are bright, mouth-filling, palate lingering and cellar-worthy for comparatively very reasonable prices.


For this 'criminal' grape, outlawed to the hills, a grape of thin skin and a low density of tannins, this past growing season was unseasonably cool, and rainy throughout the summer. Further north,  Burgundy was hit by severe summer hailstorms, producing the smallest crop in many years.  Coupled with increasing demand from Asia for its already scarce Pinot Noir and Chardonnay, consumers should expected price increases of up to 15% for the wines of Burgundy, according to many estimates. Further south, the cool, wet summer in Beaujolais was salvaged by warm, sunny ripening conditions in early September, bringing again a triumphant early harvest. As a result, the pricing quality to value represented by quality Beaujolais will continue to be available to discerning consumers. 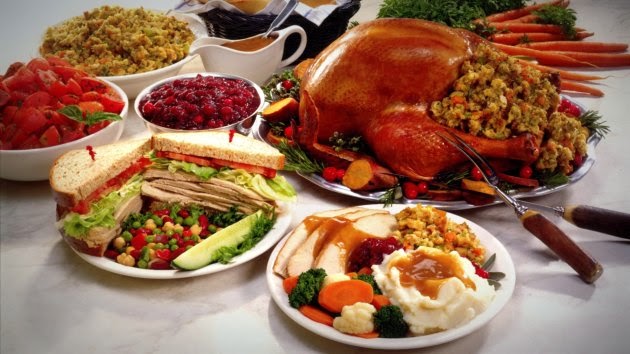 To keep its cherry-bright, low-tannin personality, most Beaujolais today is the result of a controlled fermentation called, carbonic maceration; a whole cluster evolution in a carbon dioxide rich pressurized environment.  Uniquely, fermentation takes place within each individual berry, producing an aromatic freshness, often associated with the notes that remind us of bubble gum. The resulting personality makes these quality wines perfect for the social gathering of the many flavors on a Thanksgiving table. Recent Beaujolais Village vintages have offered consistent quality as they ride on the marketing coattails of immature Beaujolais Nouveau, but it is in the delicious cru where this Gamay criminal annually triumphs.

Happy Thanksgiving to All!
Salute!

BRAMBLES: A Harvest of Values 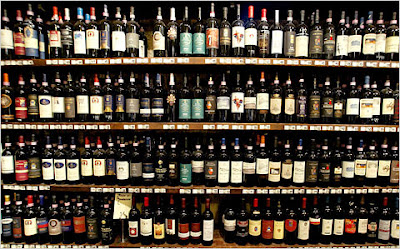 Tech savvy millennials don't use competitive on-line wine purchasing like us older boomers, so says a current wine marketing study from Cal Poly SLO, as reviewed in a current Wine Spectator issue. The overwhelming majority of on-line wines purchased appears to come from an older demographic that has not grown up with the internet, but would seem to have more willingness & confidence in taking an informed chance purchase of a yet untasted product that is shipped to our door.

Shipping costs, interstate direct sales restrictions, and waiting for a signature required delivery are some of the shop-restraint reasons cited by the younger wine generation.  It appears that these social networking consumers like to buy wine that they have a connection with, that is a product they can see and taste. In spite of a massive amount of credible wine information from numerous sources(blogs, publications, regional competitions, etc.) available, younger wine enthusiasts seem to want to experience a known and trusted liquid commodity. Perhaps even peer pressure and trend setting marketing also influence their non-buy decisions. Nationally, on-line wine sales show consistent annual growth, yet make up only about 2% of total wine sales according to the biggest e-commerce retailer, Wine.com's Michael Osborne.

A long-established three tier system of alcohol producers-distributors-retailers and the sovereign regulations within each individual state still remain restrictively in firm place.  As a result, even with the growth of on-line wine sales, more than 80% of all wines sold in America continue to be sold by brick and mortar retailers. In an effort to break out of my internet purchases, I recently shopped the surplus and over-run inventories offered by a local retailer, Grocery Outlet.  Offering a broad selection of discounted brand names I have not before seen, I purchased a number of selections for intended everyday enjoyment with the hope of harvesting a few values. 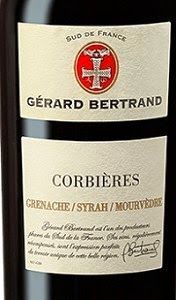 When I returned to Grocery Outlet to purchase more, many of these discovered wines were unavailable, having sold thru their allotment. Just like our recently completed wine grape harvest, the search for the very best selections, the best of seasons will continue.  Attention now turns to the wines of our celebrations for the end of season holidays; as wine lovers can continue to enjoy searching out the retail/ on-line selections to find their very personal harvest of values.

Cremant d'Alsace or Beaujolais, anyone?

Posted by InWineTruth at 12:34 PM No comments: